He’s here! Our first grandchild, Leo Thomas-Rex Markus, announced himself to the world with what can only be described a grand entrance. 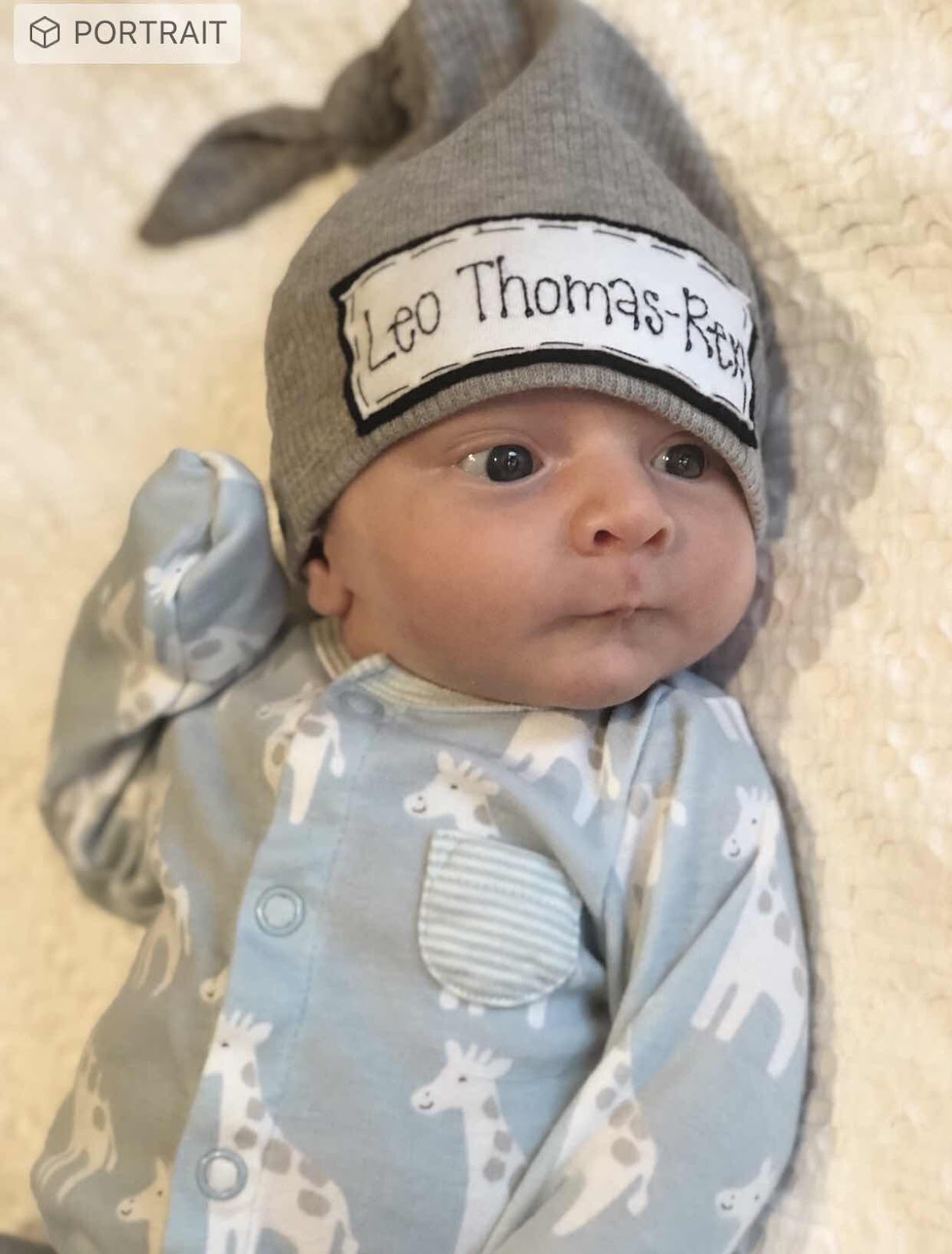 At 8:30 on the evening of June 13th, I got a phone call from Elisabeth. I had just talked to her an hour or so earlier as she headed home after three consecutive days of 13-hour shifts as a nurse anesthetist at University of Washington Medical Center. She was exhausted, she’d said, and would be in bed within moments of being home.
‘Hmmmm,’ I thought, ‘Why is she calling now?’
“I think my water just broke.” Elisabeth said calmly. “Danny called me from a business dinner and when I sat up to answer my phone, I felt a POP! I don’t think it’s pee...”
“It’s not likely pee,” I told her, drawing vaguely on my training 20 years ago as a doula and childbirth educator, but mostly as a mom. ”Maybe you should call your midwives. No real hurry, though; contractions will likely take a while to start. Have you felt any since this happened?”
“No,” Elisabeth replied - followed immediately by, “Oh wow. Yes, maybe this... is... one?”
Tom and I went about our evening, excited that our grandchild would be born by this time the following evening (once the water breaks, the baby must be delivered within 24 hours, as the chance of infection increases after that), but fully expecting to have a full night’s sleep. Still, I was so excited I had a hard time drifting off to sleep.
Danny’s text, sent at 11:33,  made it pretty clear that we wouldn’t have to lie awake, excited, but just waiting. 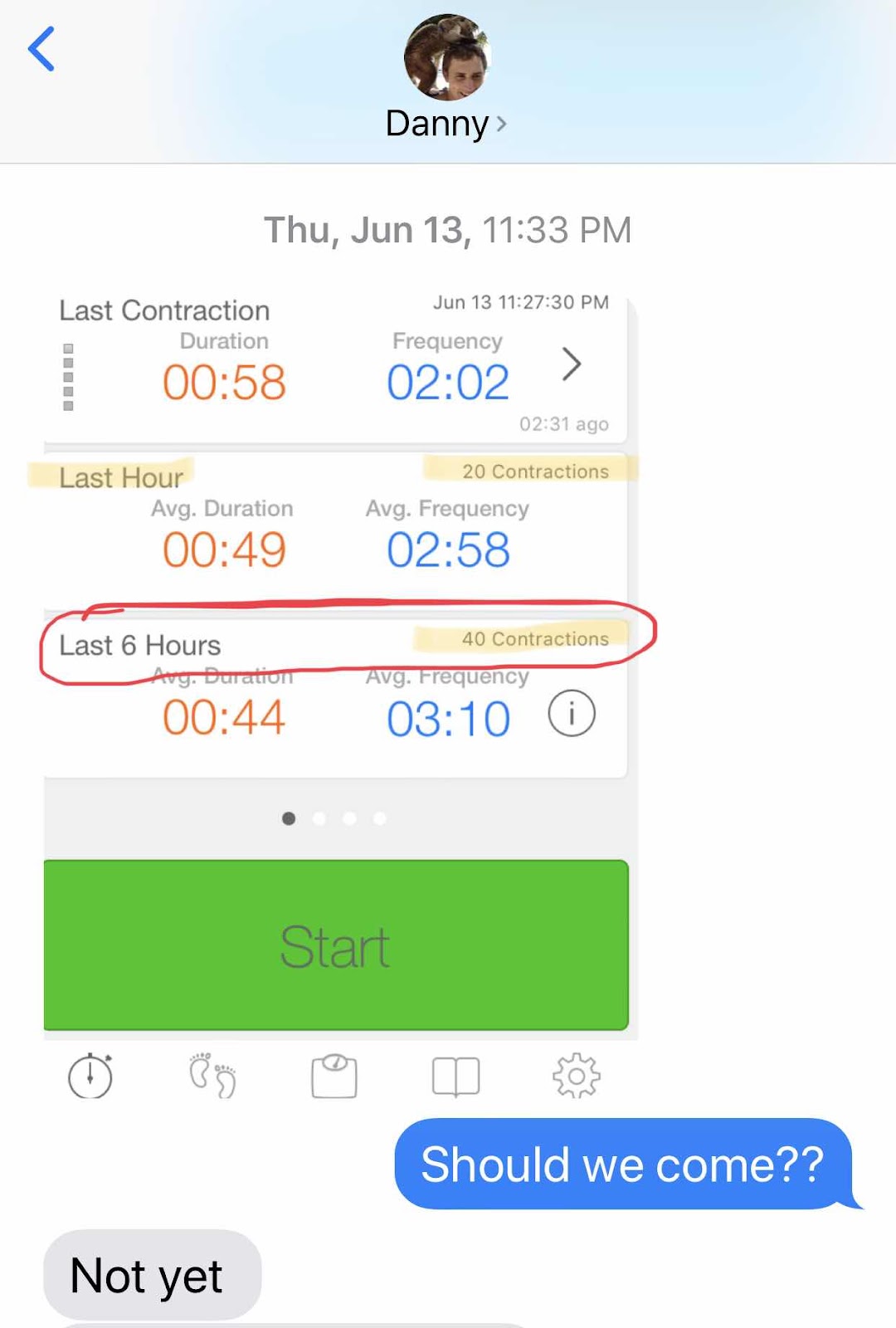 Elisabeth had gone from no labor to hard labor, with contractions two to three minutes apart from the get-go.
Precipitous labor. There’s a misconception that a precipitous labor means an easy labor, but it is far from easy, as mom has had no chance to deal with lighter, further-spaced contractions. Instead, she is thrown into a frightening whirlwind that can be very scary, as she attempts to keep up with this powerful force from which there is no rest and no escape. Oddly enough, Elisabeth’s labor seemed to be progressing much as my labor with her did: I popped into hard labor at 10 PM, arrived at the hospital shortly after midnight, fully dilated, and she was born after a very short, but very intense labor, at 2:38 AM.
At this point, Tom and I quickly packed a bag and waited for another communication from Danny. It came barely a minute later: 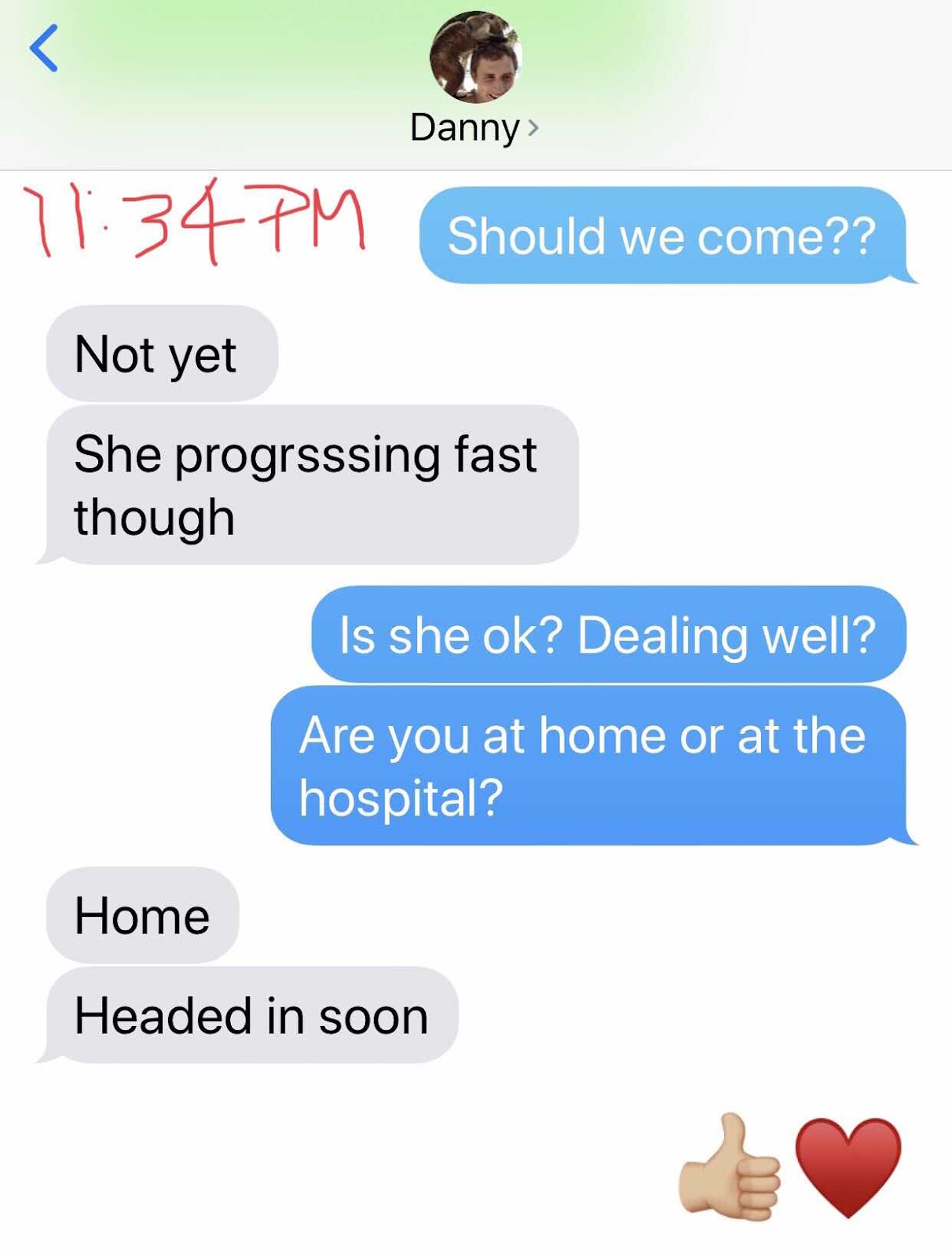 Waiting for the next communication was hard. Was everything OK? Forty minutes later, it arrived: 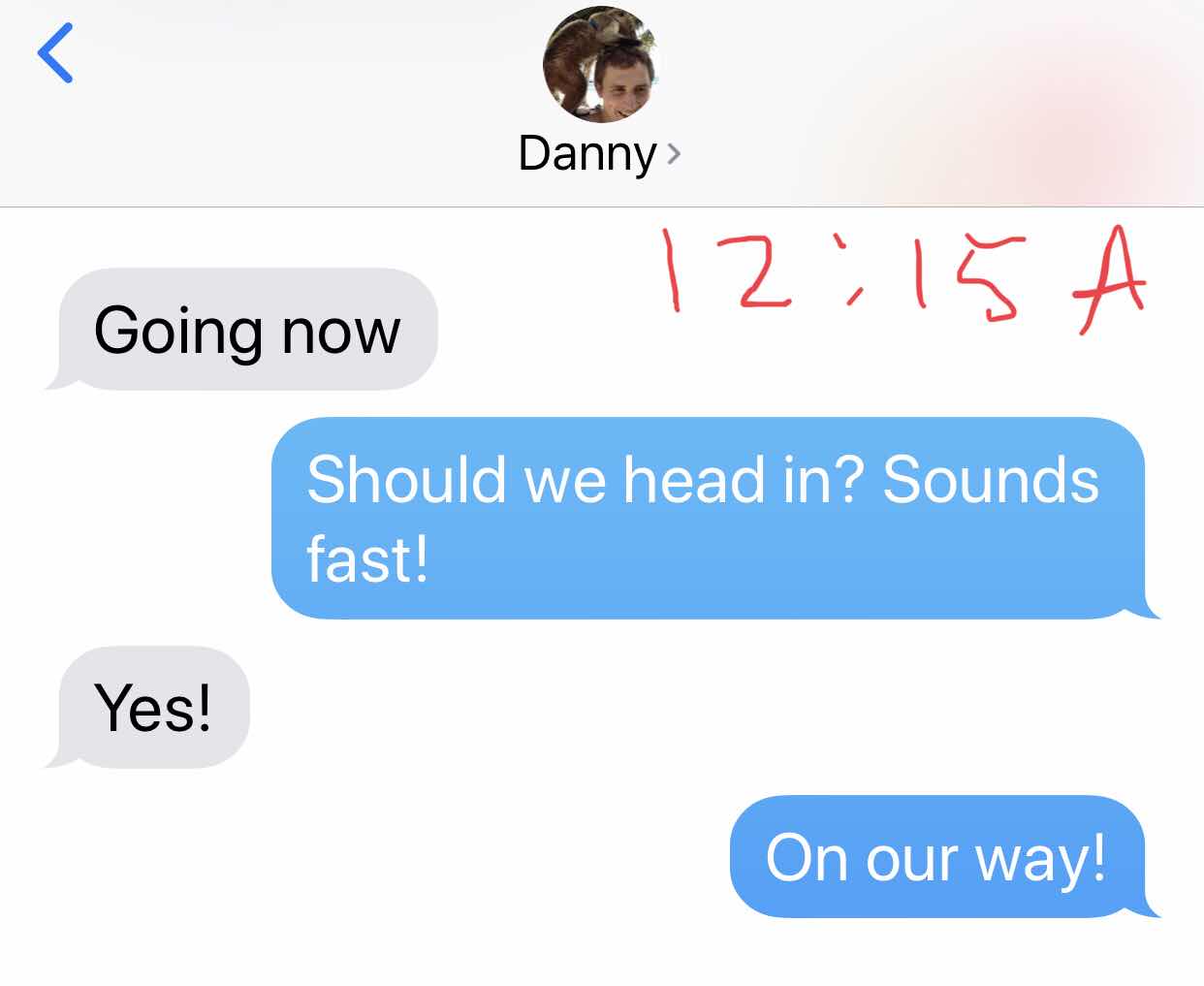 And we were on our way! Traffic would not be an issue as we made our way across the Tacoma Narrows Bridge, headed from Gig Harbor to Swedish Hospital in downtown Seattle. 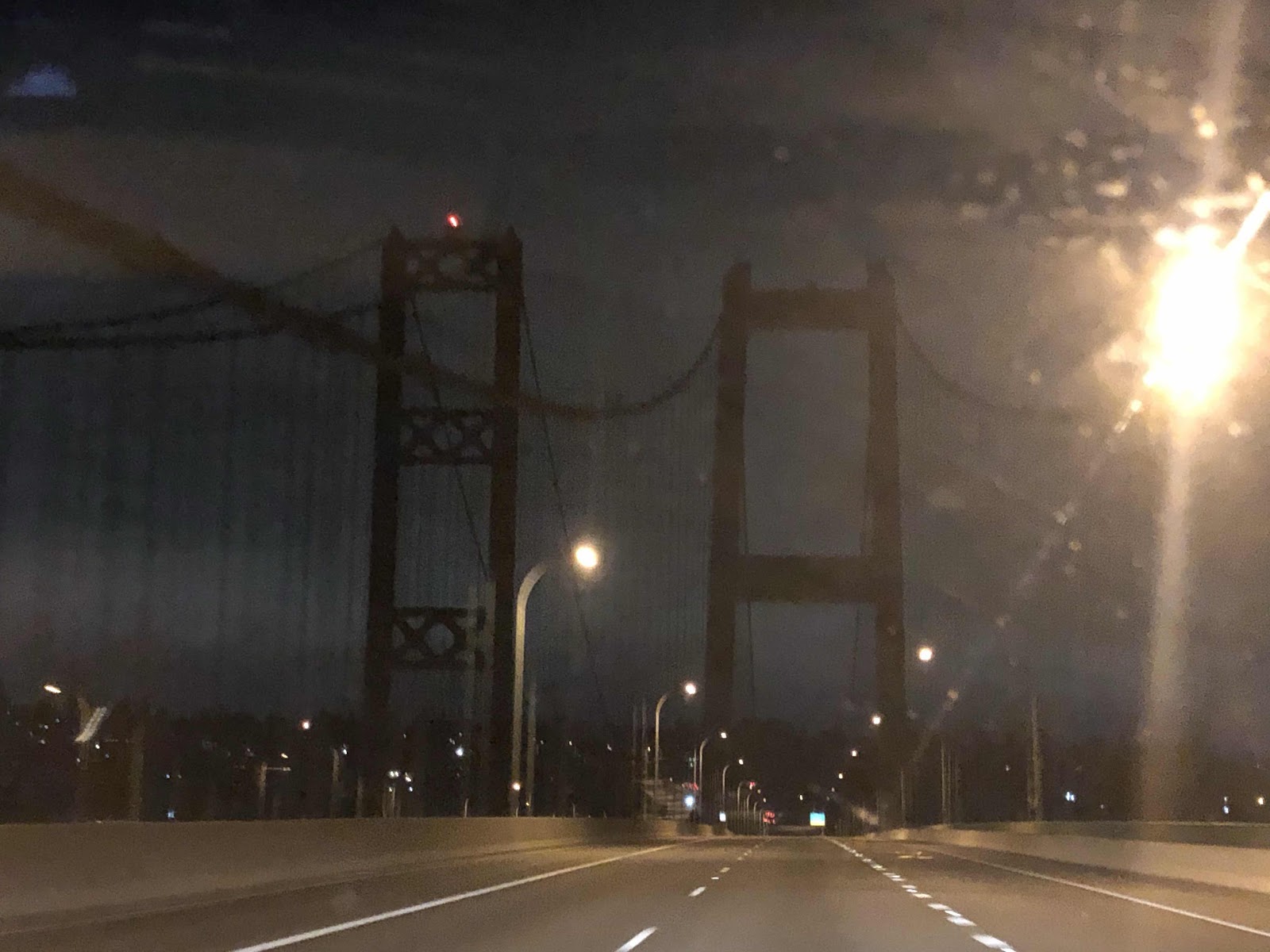 When we arrived, Elisabeth was working hard, with assistance from Danny and his sister, Michelle. One thing was for sure: it was too late for an epidural. 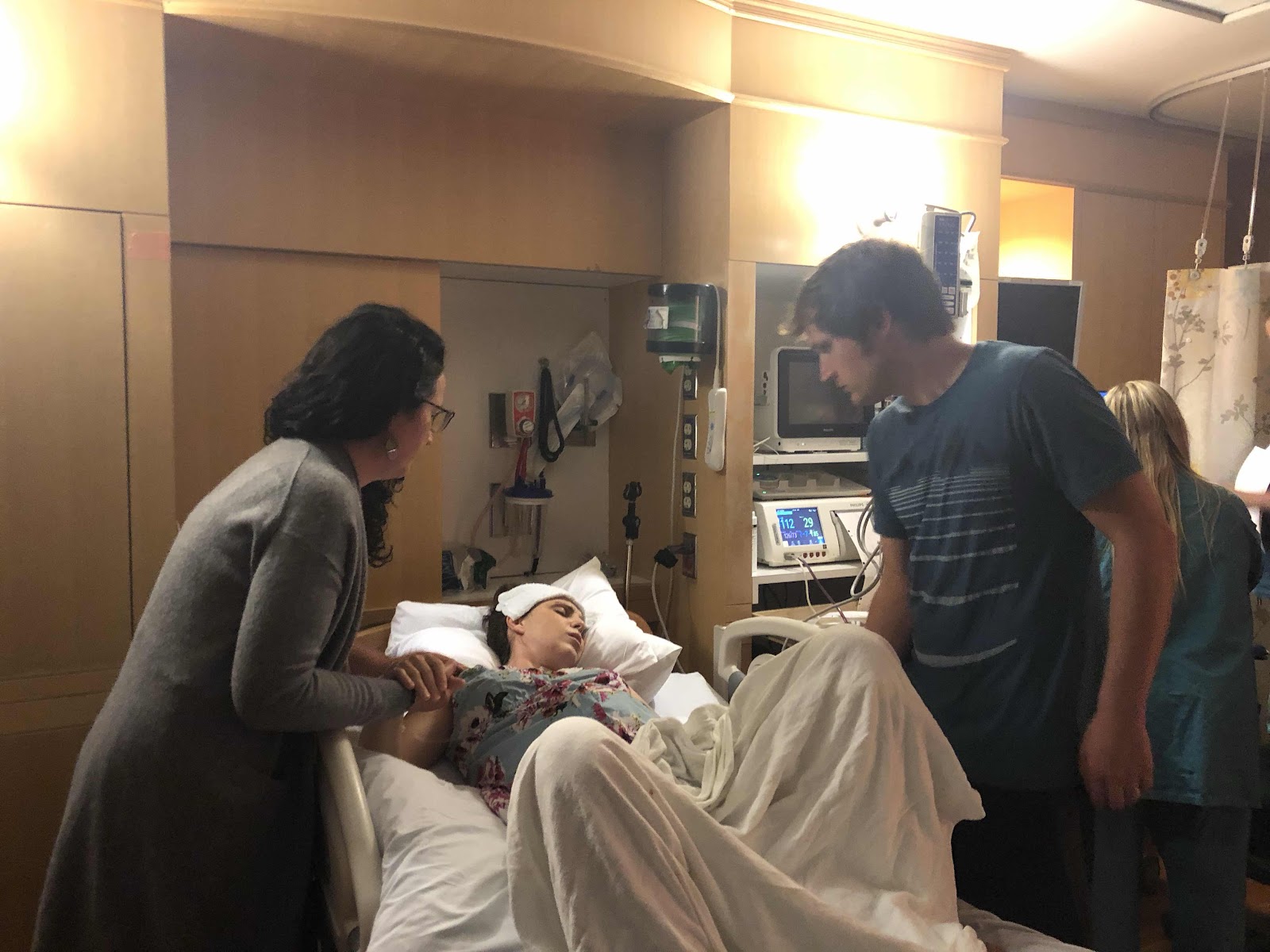 I took hundreds of photos in the next (very) few hours, which Elisabeth and Danny will have to look back on, as things happened so quickly that it was hard to keep up. Very few are internet-suitable.
This is the wonderful midwife helping Elisabeth stay on top of her frightening, powerful, very precipitous labor. Throughout the entire labor, Elisabeth had no meds if any sort! She had wanted to have an unmedicated labor, if possible, and now there was no doubt that she’d have one! 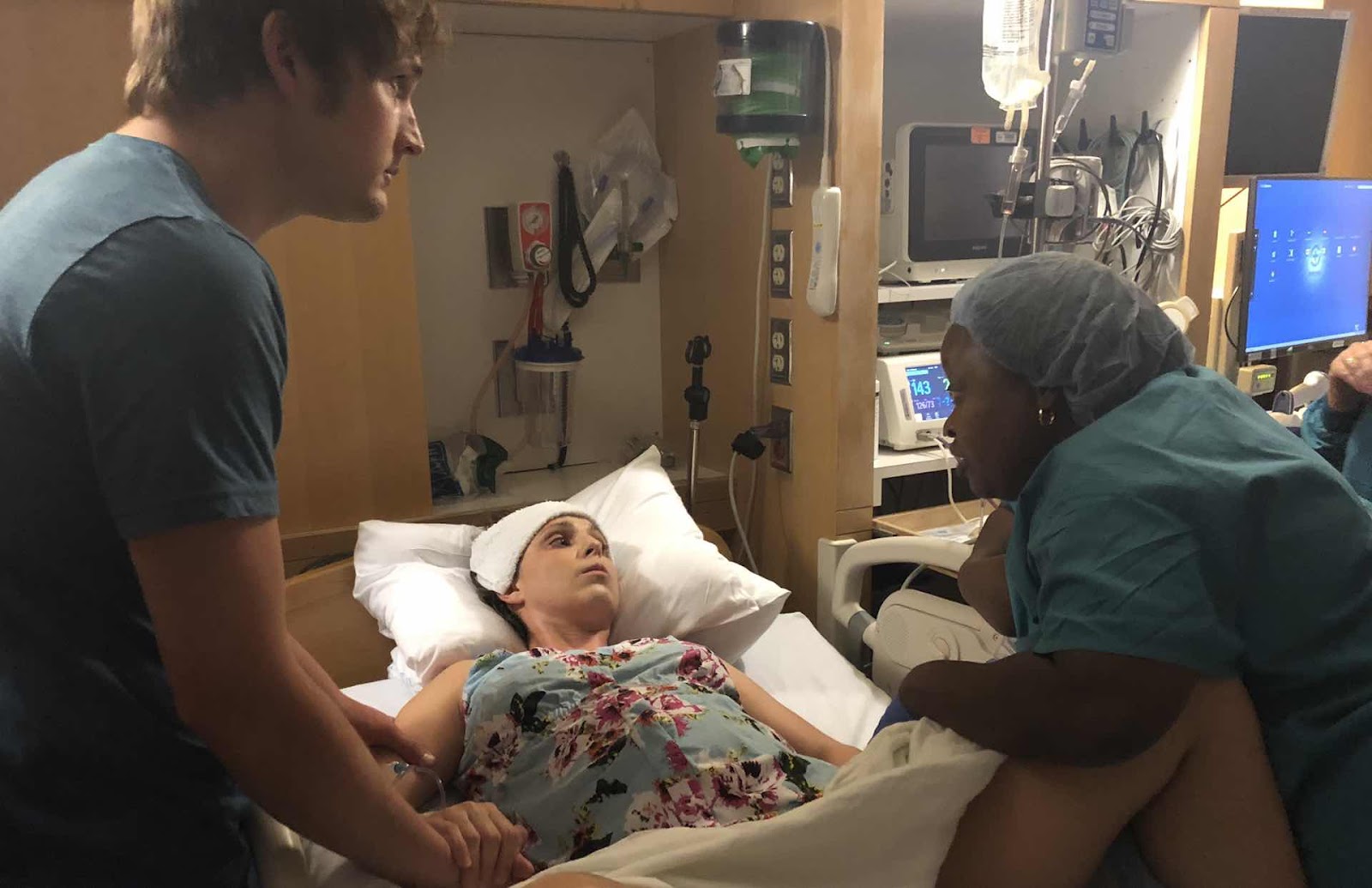 At 3:53 AM, Leo finally arrived, fully awake and with his eyes wide open! 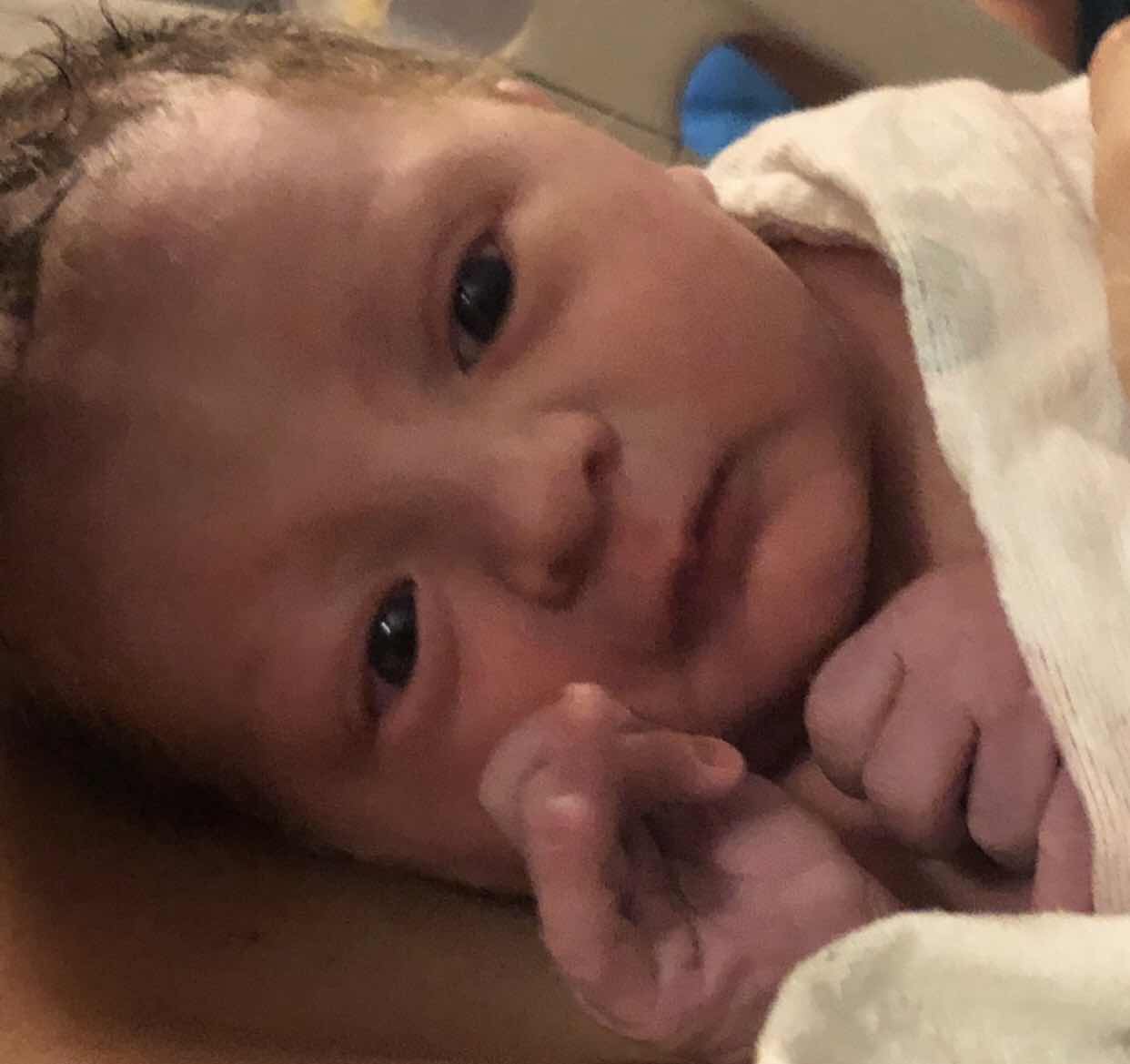 Needless to say, we were all instantly in love - especially Leo’s mommy and daddy! 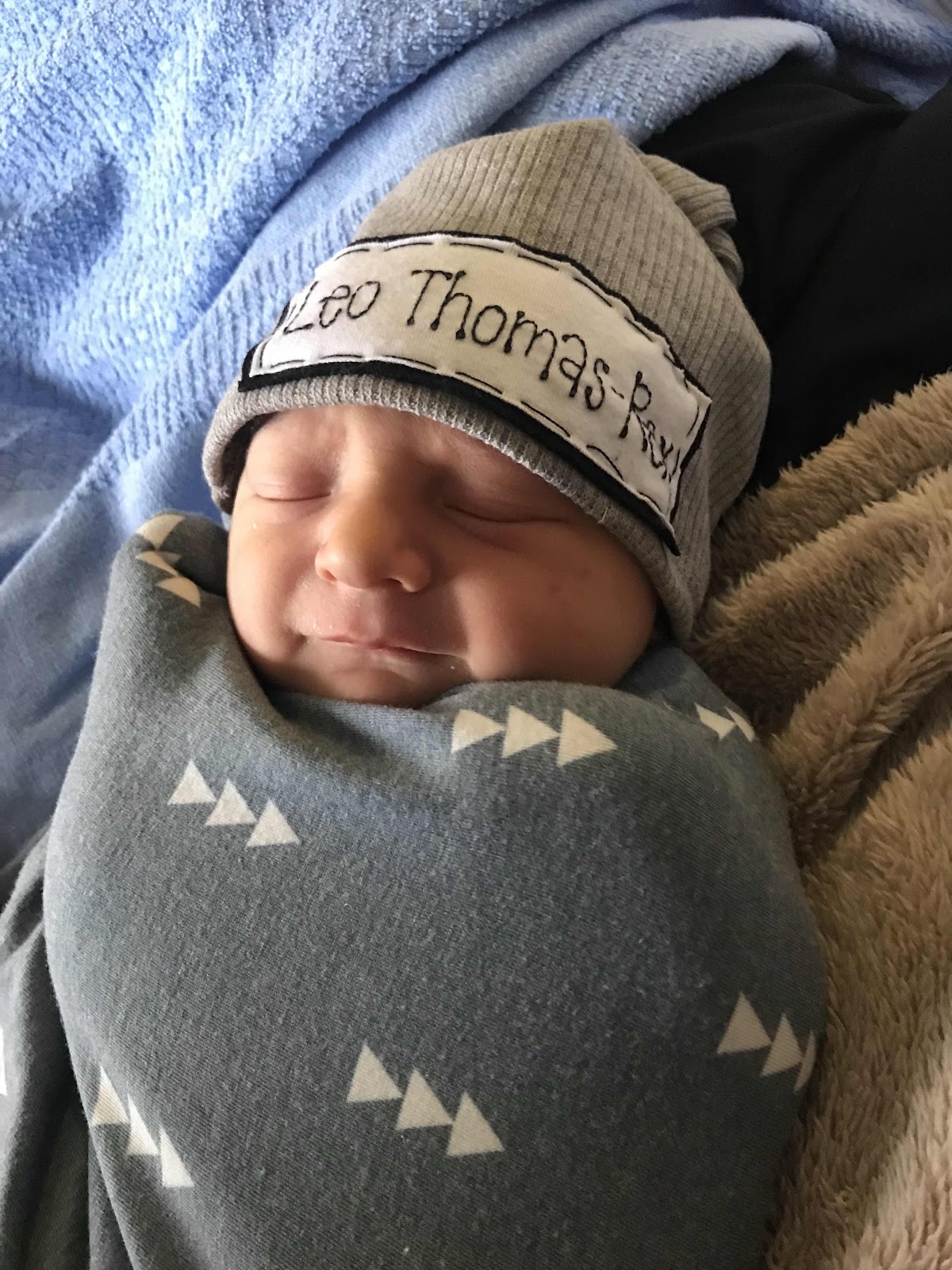 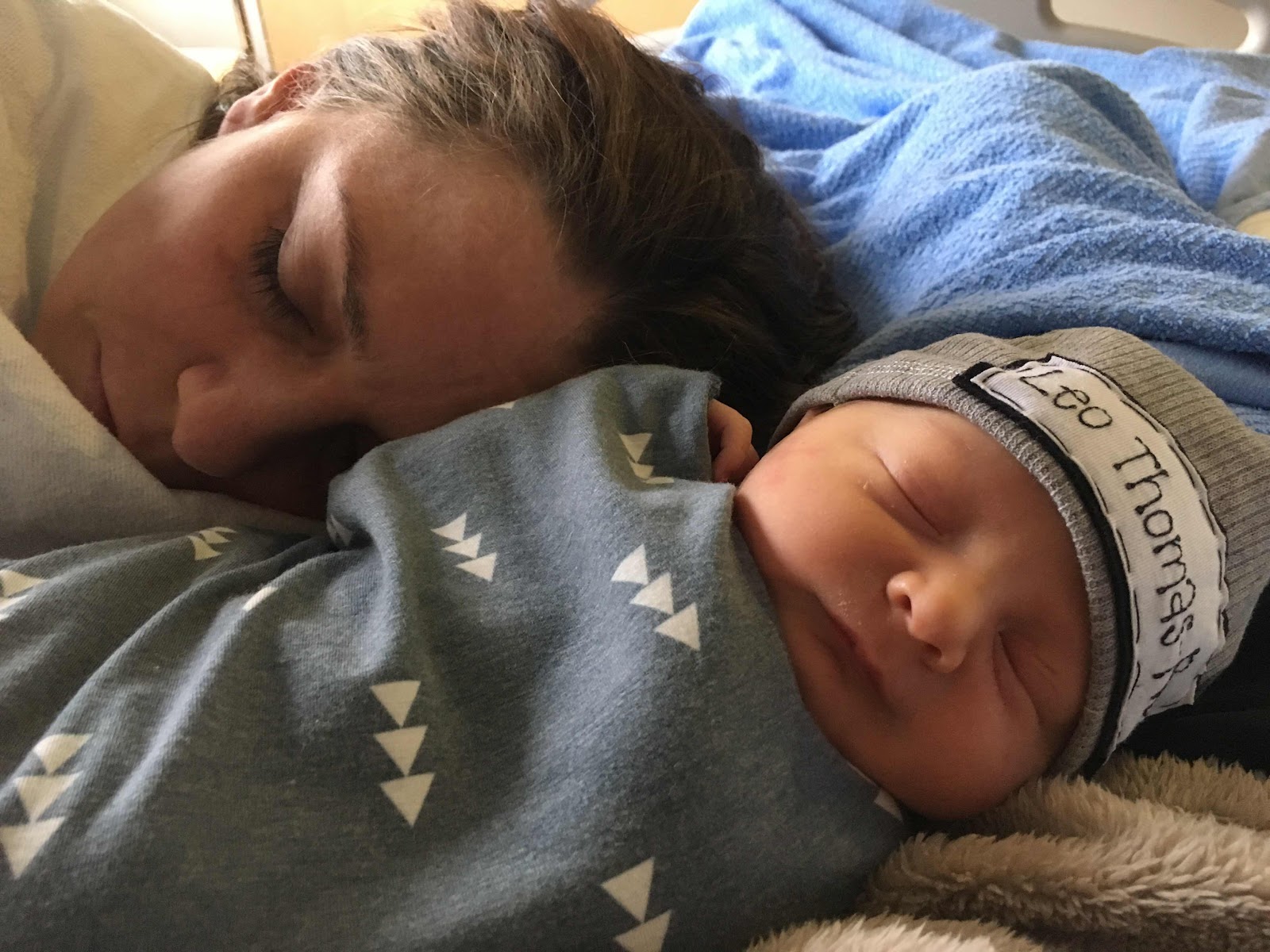 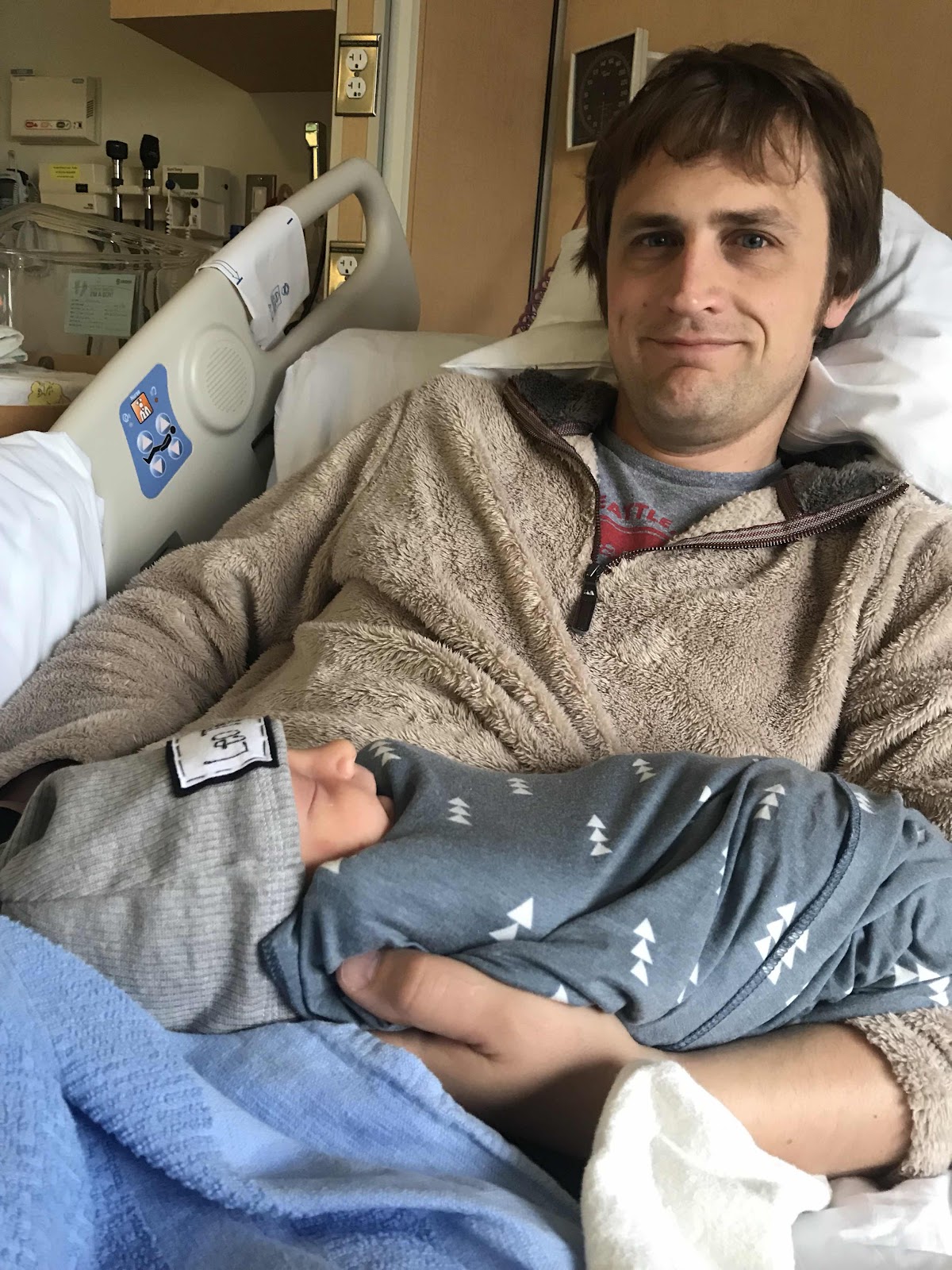 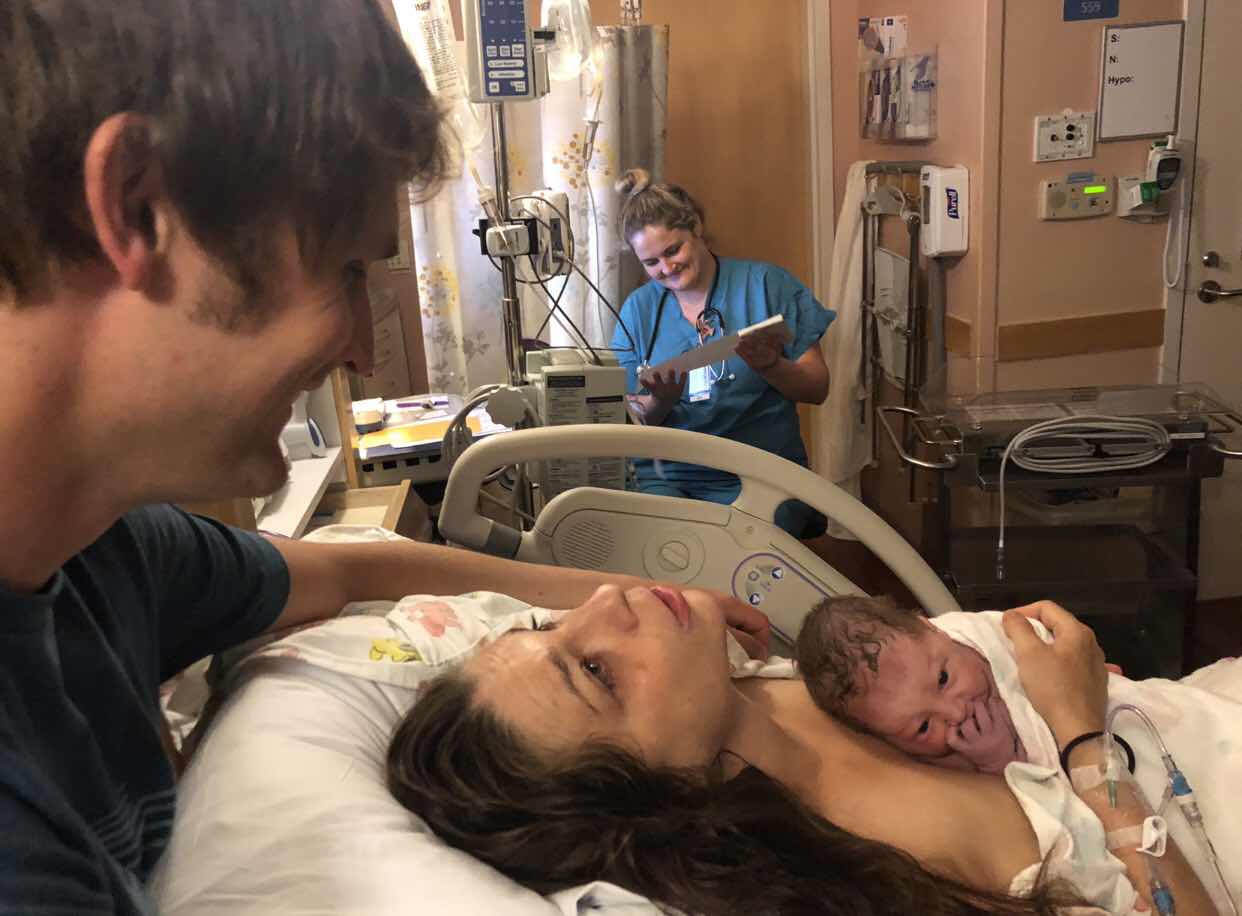 I have been proud of Elisabeth many times in the past 35 years, as her accomplishments have been great. But I don’t think I have ever been as proud of her as I was after she birthed our first grandchild.
And Danny! He was surely a bit frightened, too, as nothing had really prepared either of them for this sort of labor. But he was amazing as he calmly attended to her every need and provided uninterrupted support and advocacy for Elisabeth.
Elisabeth said to me a few weeks before Leo was born, “Don’t assume that I’ll have a strong maternal instinct like you did. We might not be alike it that way. It might take me a while...” Ha! From the moment Leo was born, Elisabeth was a loving, natural mommy, full of maternal instinct - and oxytocin.
And Danny! What a wonderful father - right from the very first moment! 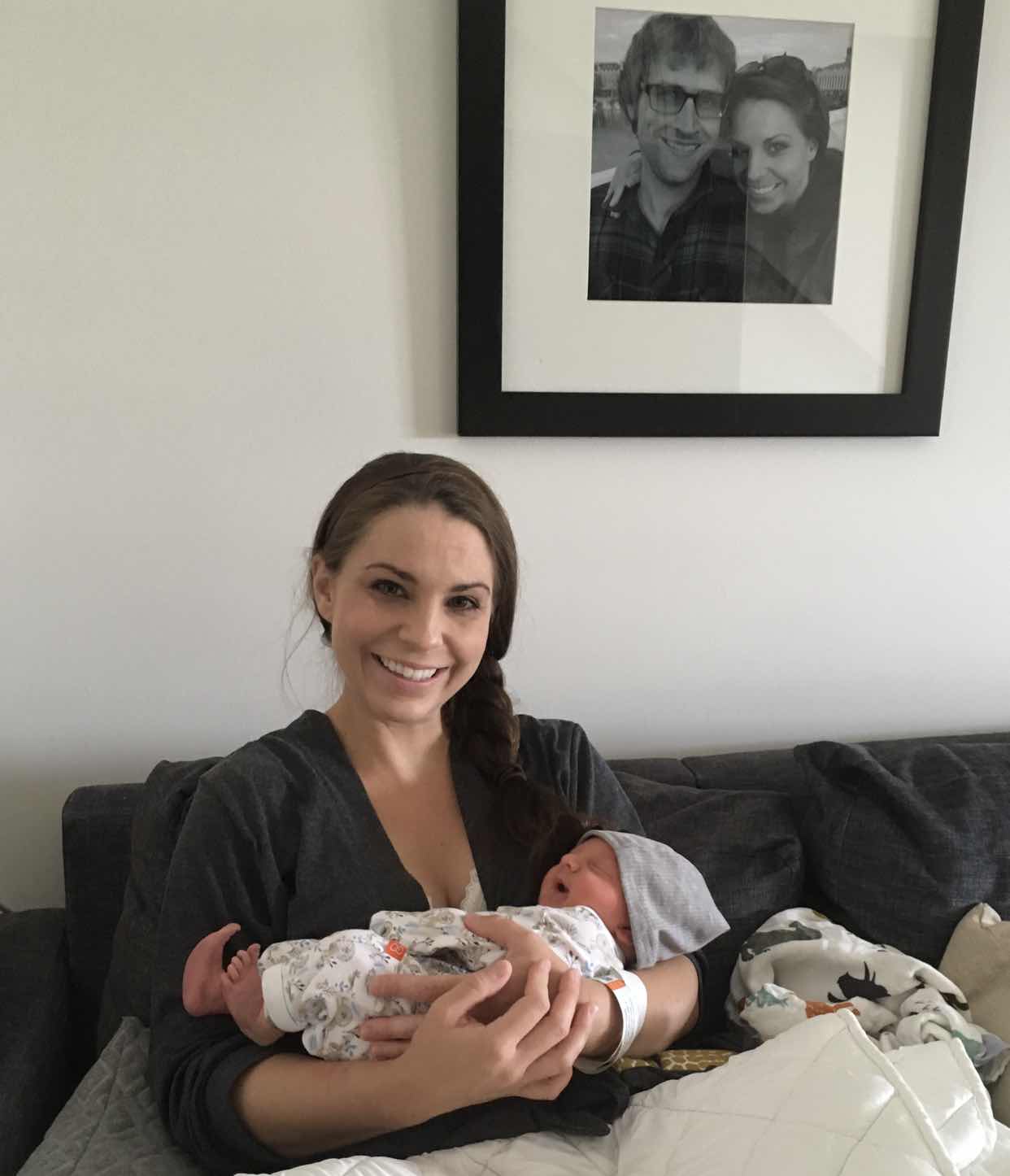 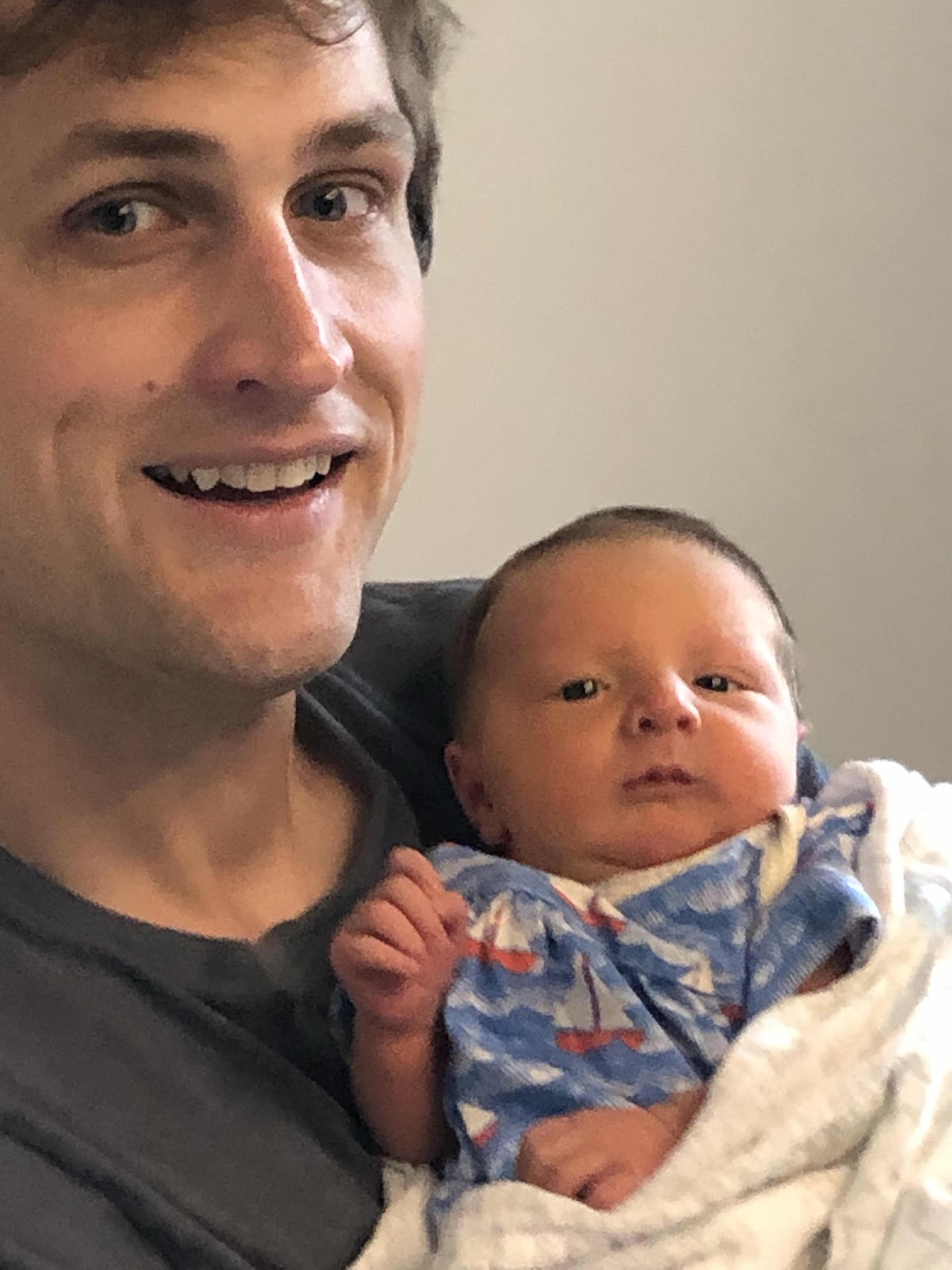 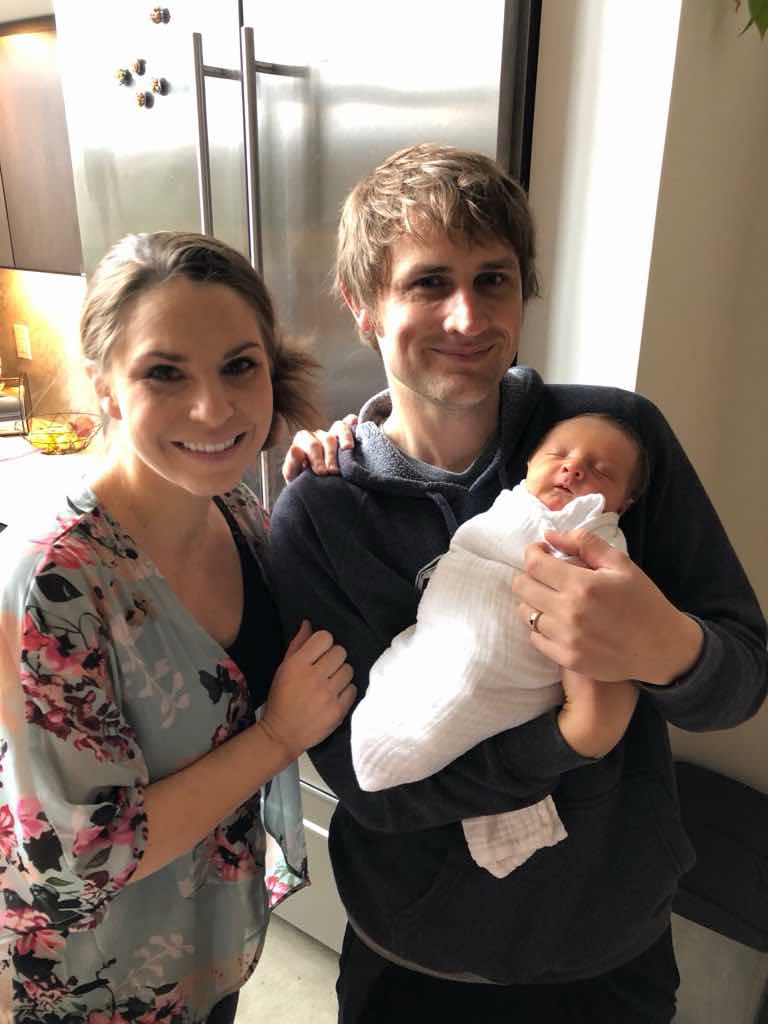 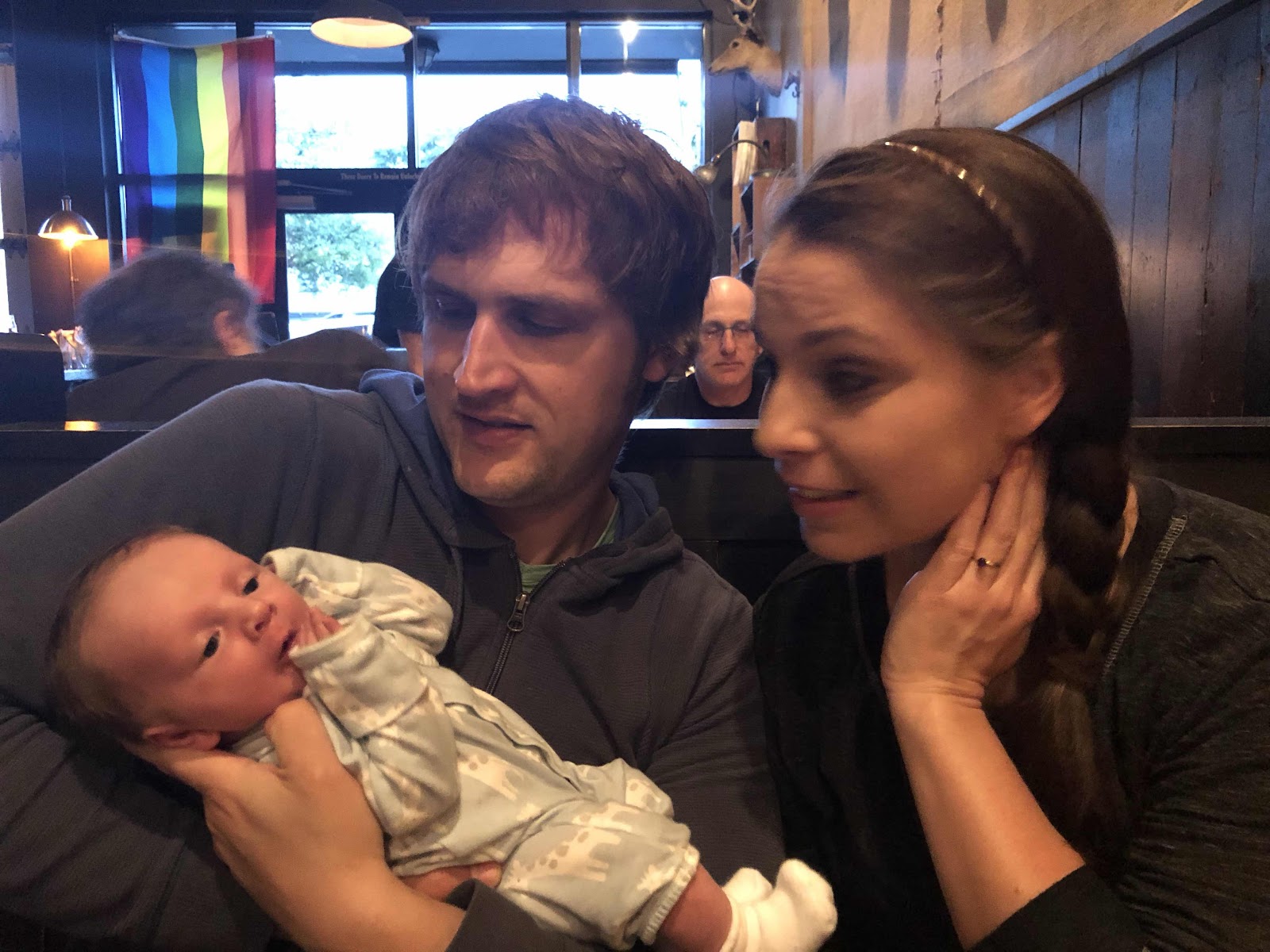 We see this new little family every chance we get, and love every second of watching our grandson grow and change each day. 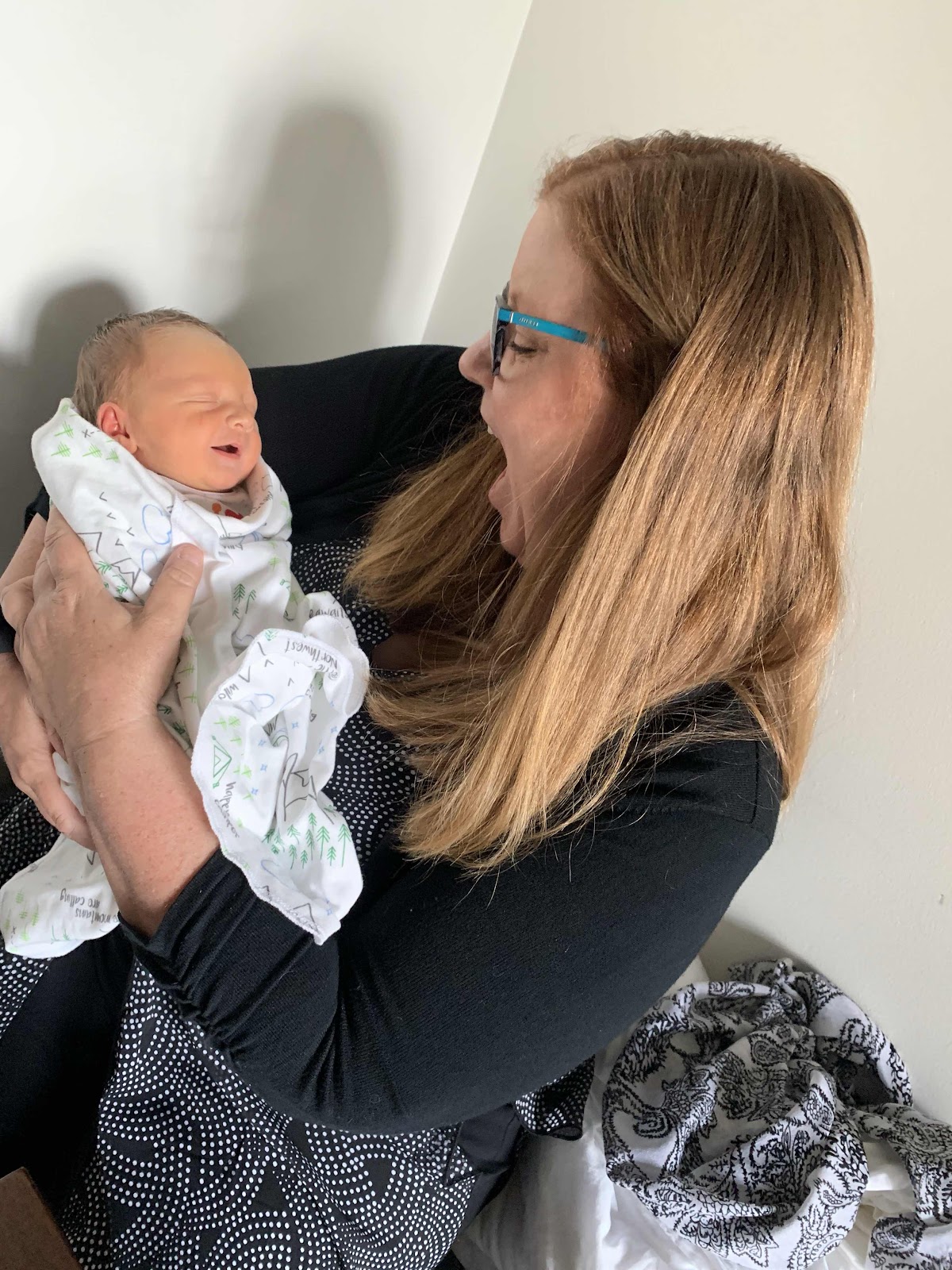 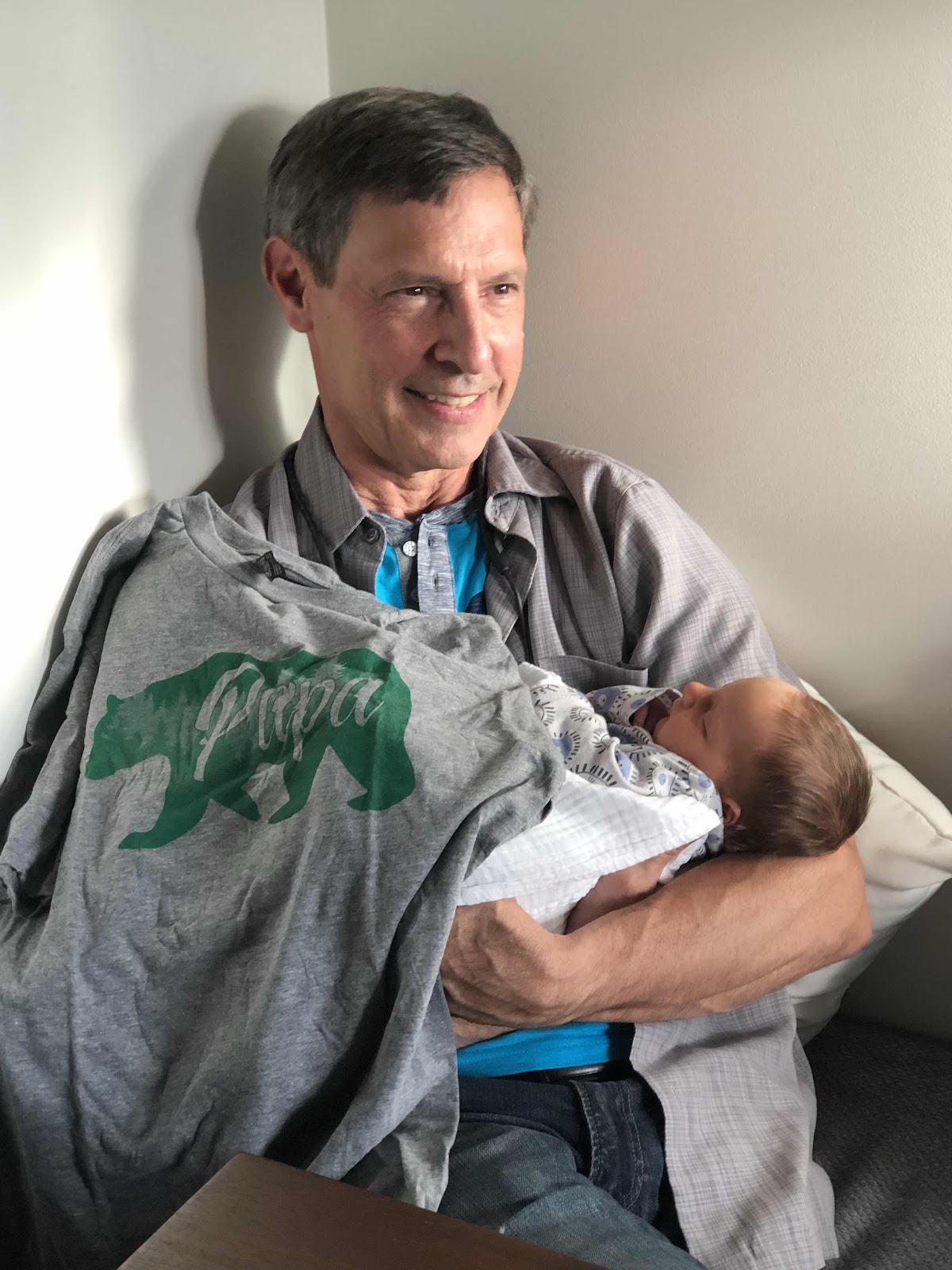 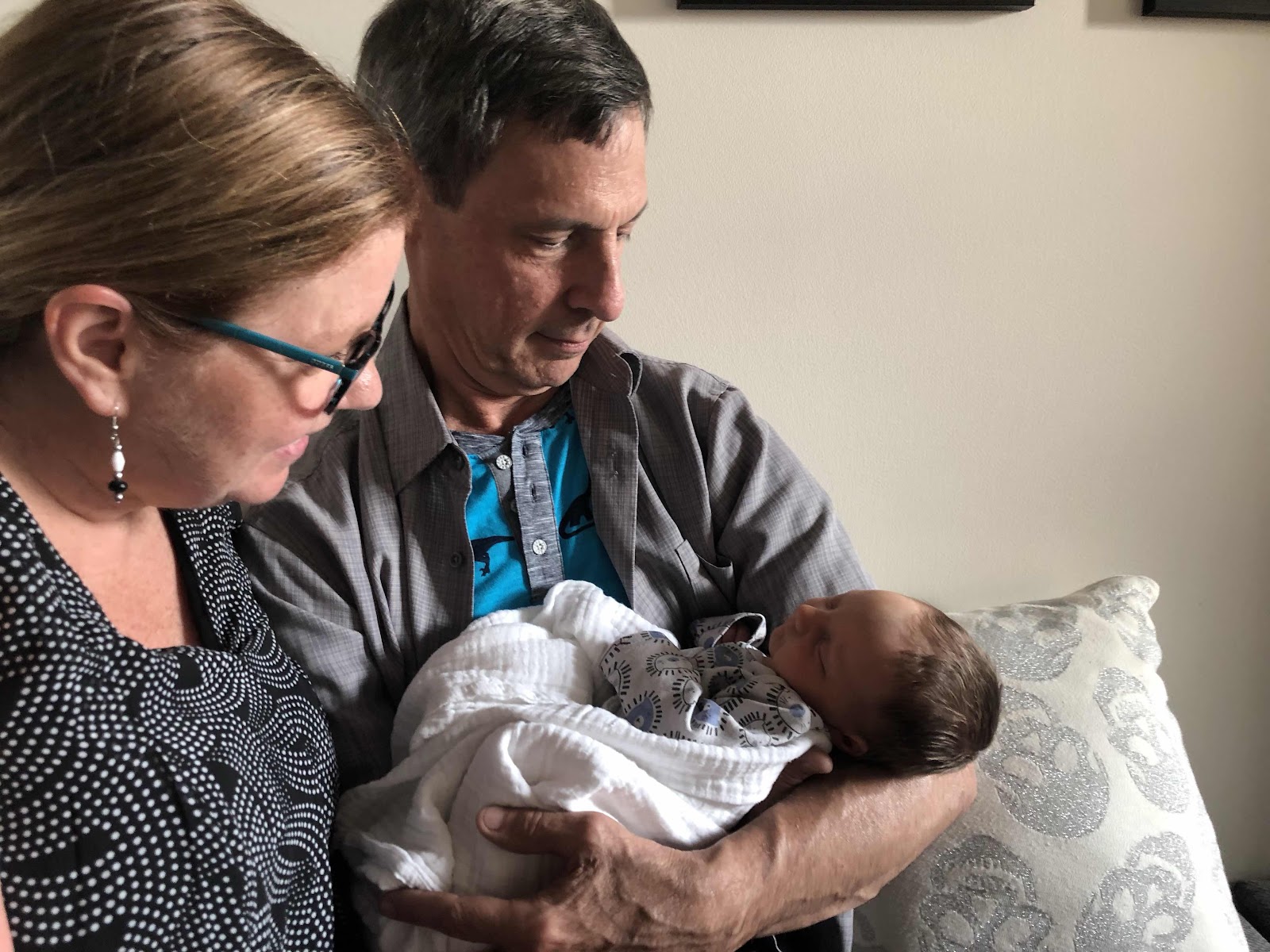 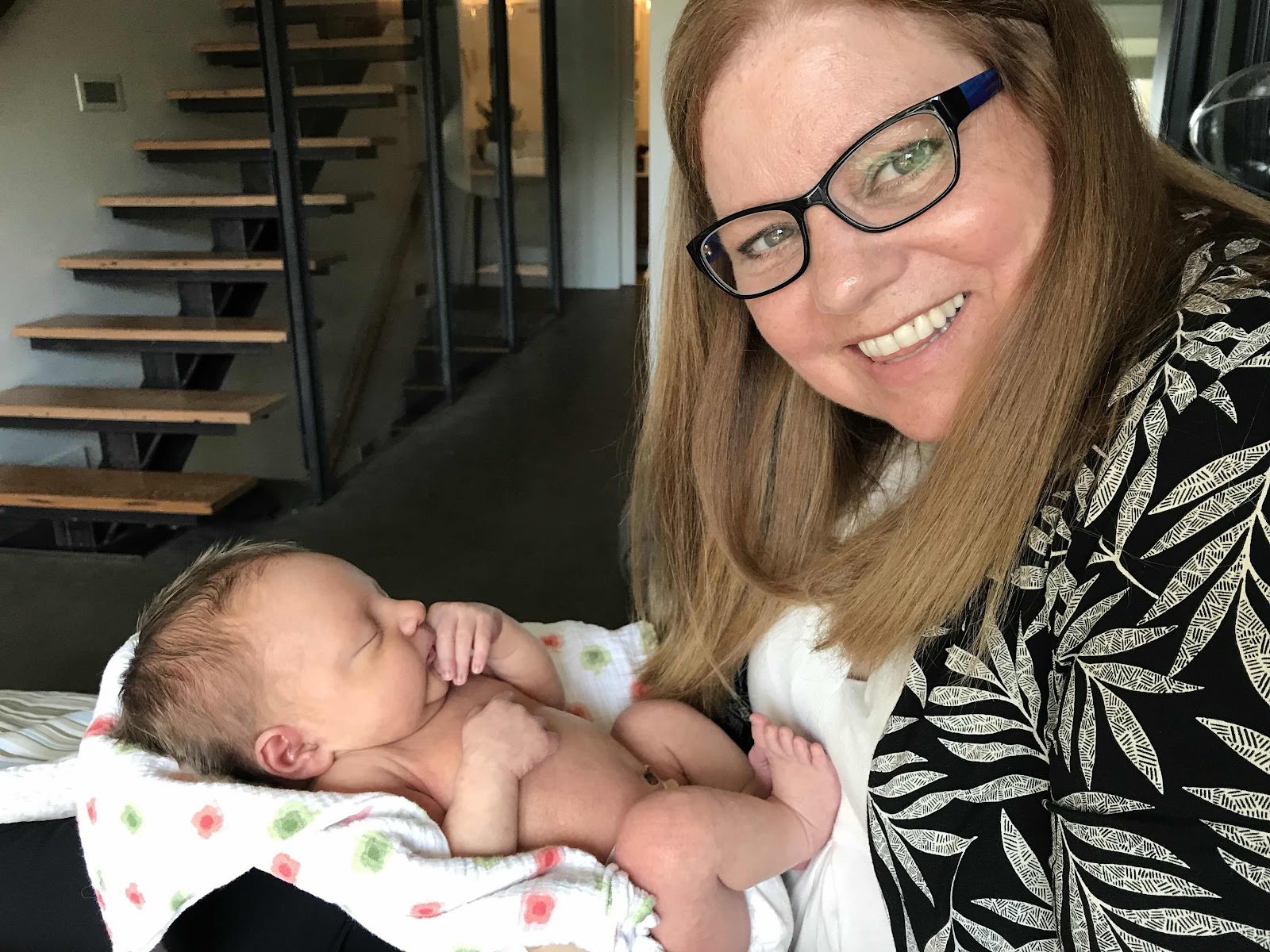 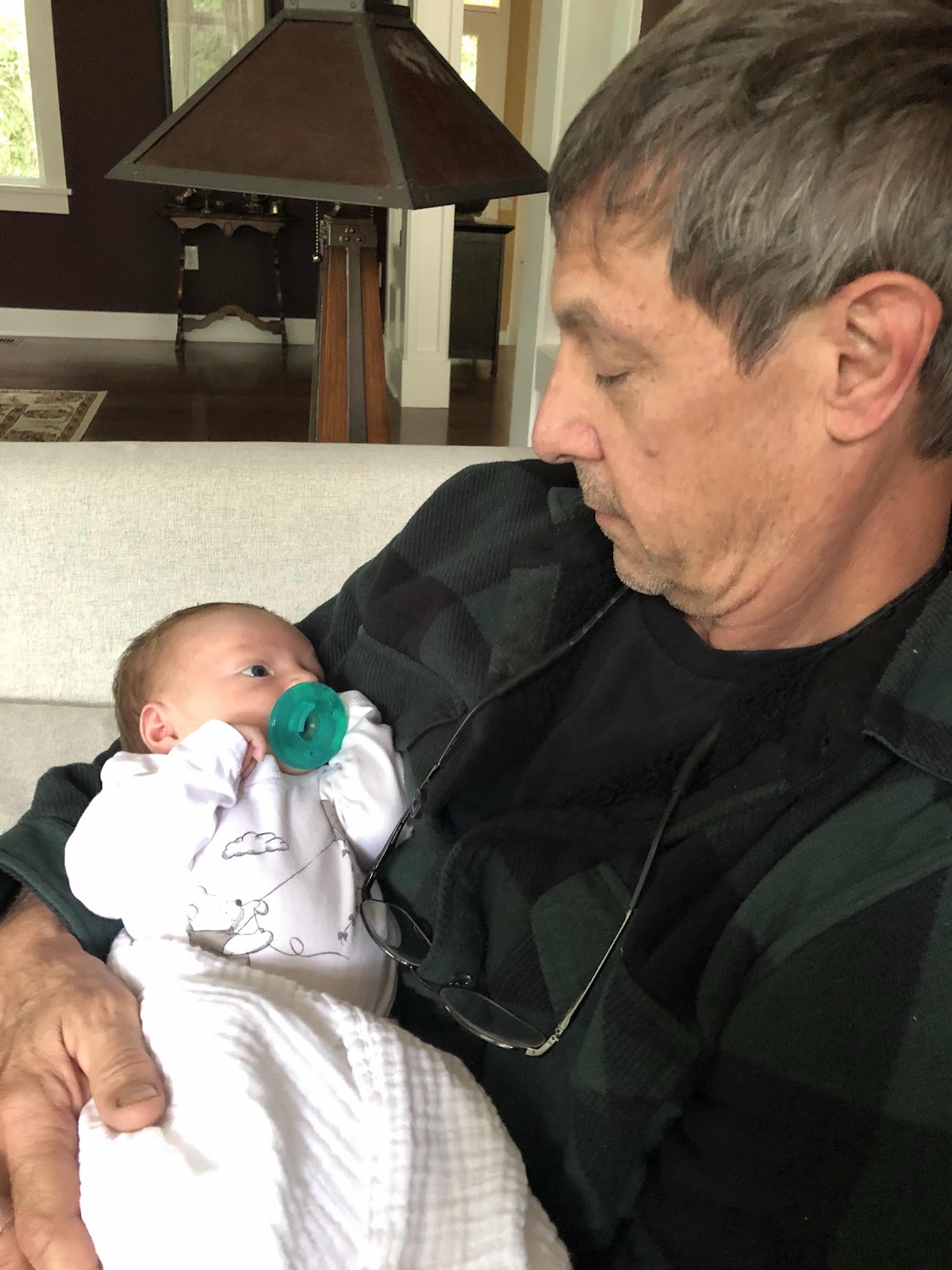 I must have a thousand photos of Leo already. Here are a few of my favorites. Isn’t he a cutie? 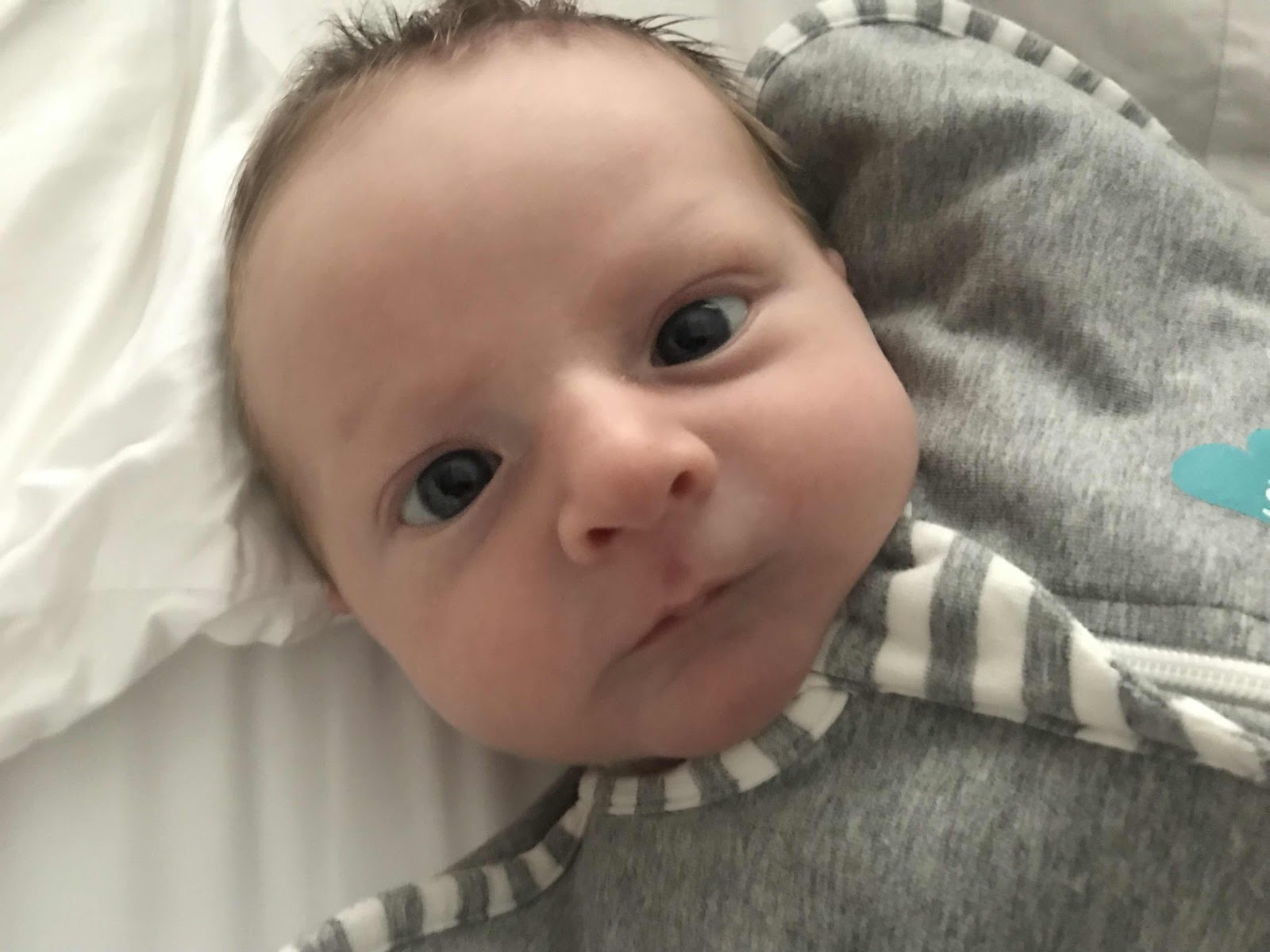 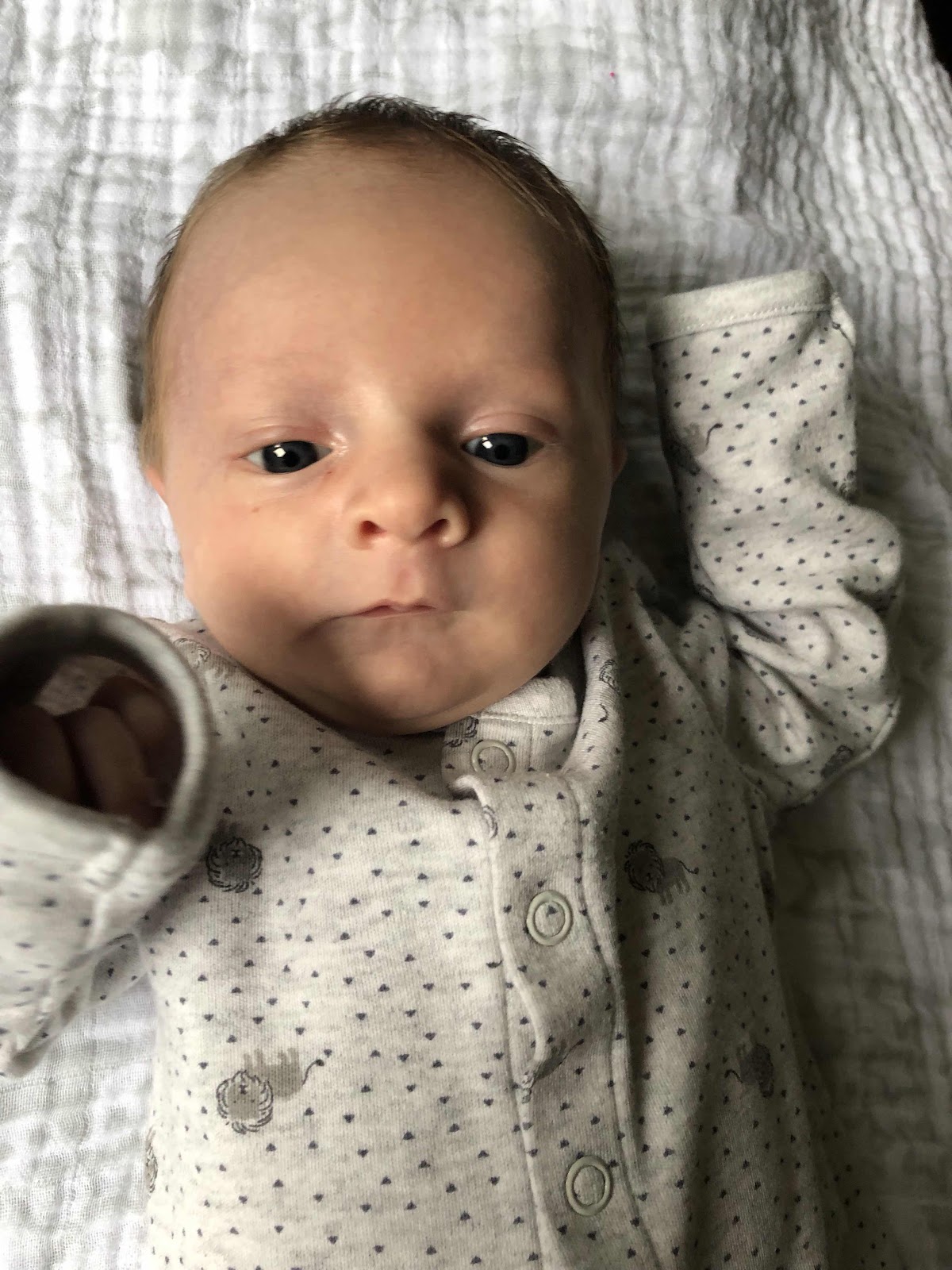 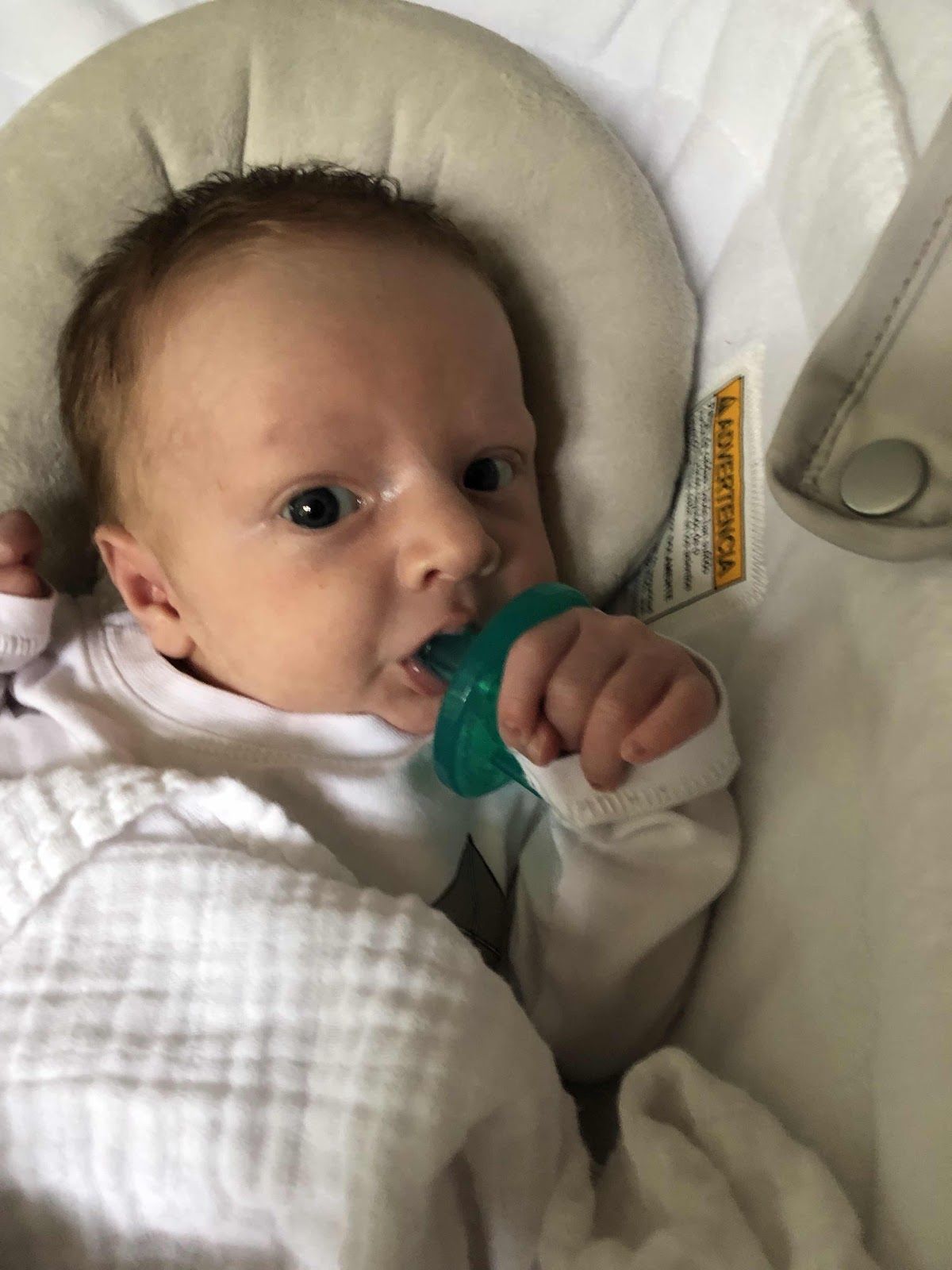 I’m a little late with this blog post, because today... 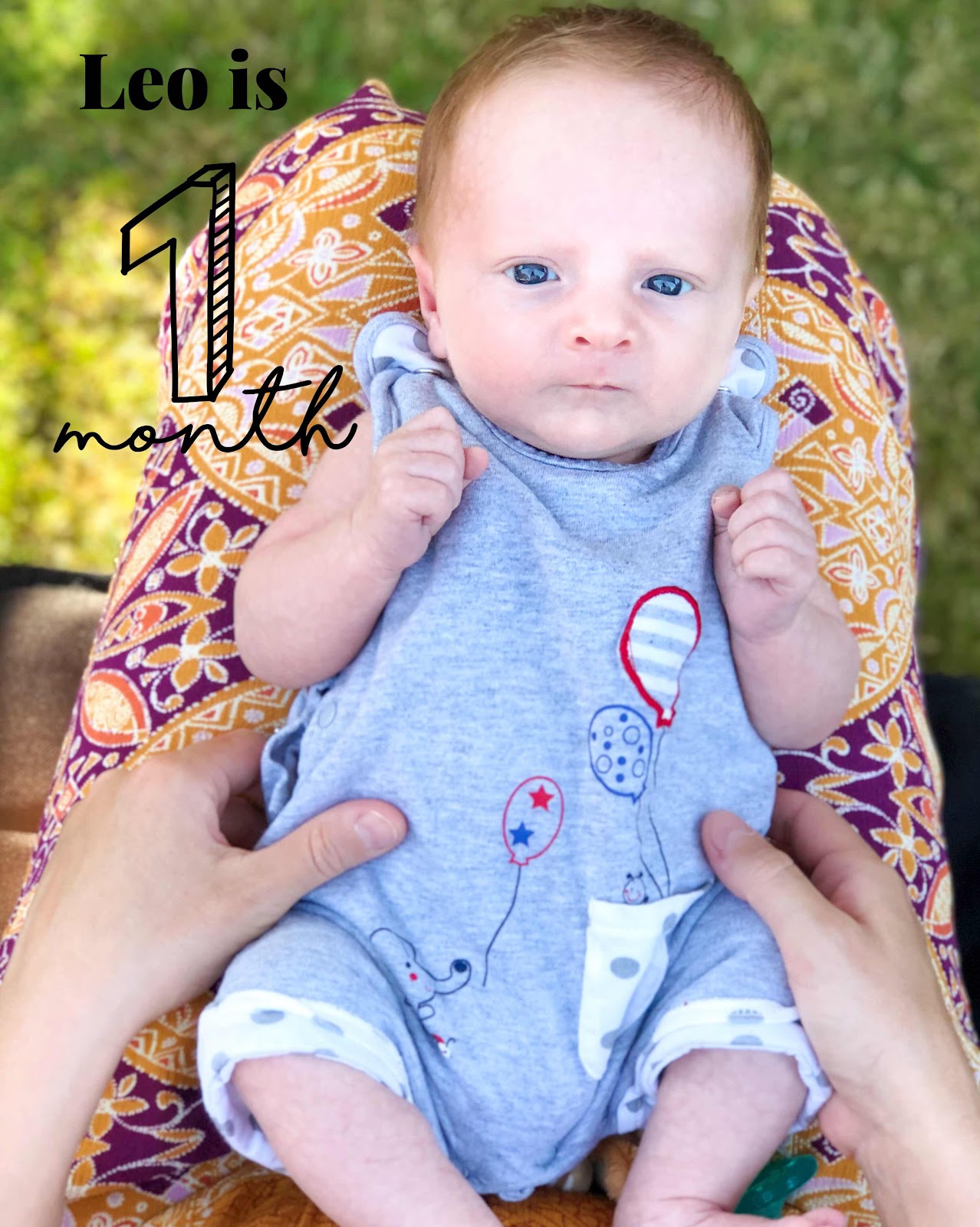 I think we’re gonna love this grandparenting gig!
Carol at 9:18 AM